DSX is offered for those players who are outstanding on the recreational field of play, who desire a higher level of soccer competition and who will devote the necessary time to attending practices and games (3-4 times per week in season).  Boys and girls U8-U16 are eligible to participate.  All DSX teams are formed based on evaluations.  DSX is a full year commitment (fall and spring) and plays against club teams throughout central Ohio.  Licensed parent coaches.

Teams formed based on evaluations. Playing time not guaranteed. Full year commitment for U9 – U16 teams. Play in MOSSL against club teams throughout central Ohio. Three to four contacts per week. Eight games and one league tournament per season plus one additional tournament per year. Certified referees. Licensed parent coaches. Pre-season team camp and uniform package. 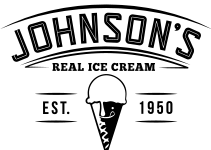